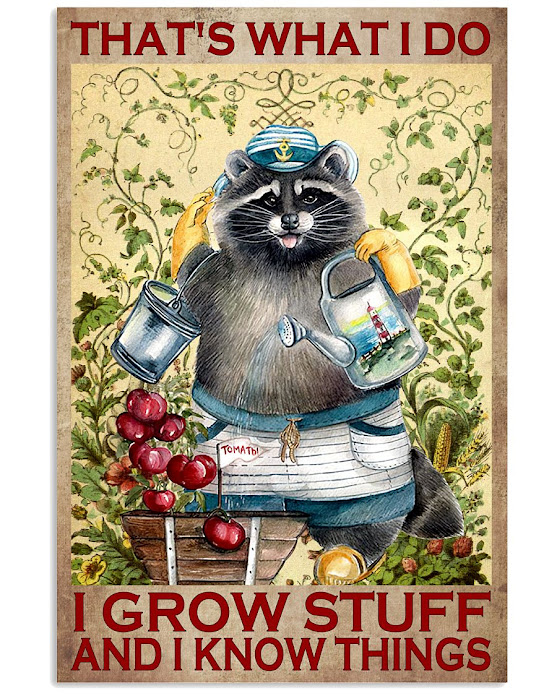 Buy this product here: Raccoon That’s What I Do I Grow Stuff And I Know Things Poster

people that argue that the longer term is not already predetermined have to now cope with this: The ny Mets are enmeshed in an evolving controversy involving famous person shortstop Francisco Lindor, an animal that could be a rat or a raccoon, and a rumor of fisticuffs.

during the Mets' eventual 5-four win over the Arizona Diamondbacks in 10 innings on Friday, some form of commotion -- purportedly involving Lindor and his double play partner Jeff McNeil -- unfolded in the tunnel resulting in the home clubhouse:

according to the linked Press, Lindor and McNeil had "an apparently heated exchange" in the tunnel, which as which you could see above attracted the pressing consideration of a couple of teammates. Lindor later homered for the first time at Citi box, which got here the day after he snapped an 0 for 26 hunch on the plate. It be actually possible some frustrations bubbled up given those contemporary struggles.

Lindor, although, has a unique version of events. Hear for yourself:

So in keeping with Lindor, he accompanied a critter of indistinct taxonomy in the vicinity of the dugout. He insisted it changed into a rat, but McNeil -- more tenured in the fauna of Queens than Lindor is -- tut-tutted that it changed into a raccoon and never a rat. They perhaps yelled about this count number, which caused other Mets to hurry to the scene.

As alibis go, file this one below "possibly too dumb to be true, might be too dumb to now not be genuine." Mets usual supervisor Zack Scott cast his vote on Saturday, saying that Lindor and McNeil's managing of the obvious disagreement became "doubtless no longer gold standard," per Tim Healey of Newsday.

Scott delivered, reputedly as a affirmation that both have been heated for non-mammal causes, and additionally based on Healey: "identical to a household, sometimes there is disputes and debates and arguments."

Or buy here : Raccoon That’s What I Do I Grow Stuff And I Know Things Poster

Sum it up for us, Marcus Stroman:

If this sort of factor ends up in or is even coincident with wins on the container, the Mets might also start inserting all manner of now not without difficulty identifiable animals in the tunnel in order that their center infielders might engage in galvanizing fights over the character of them.